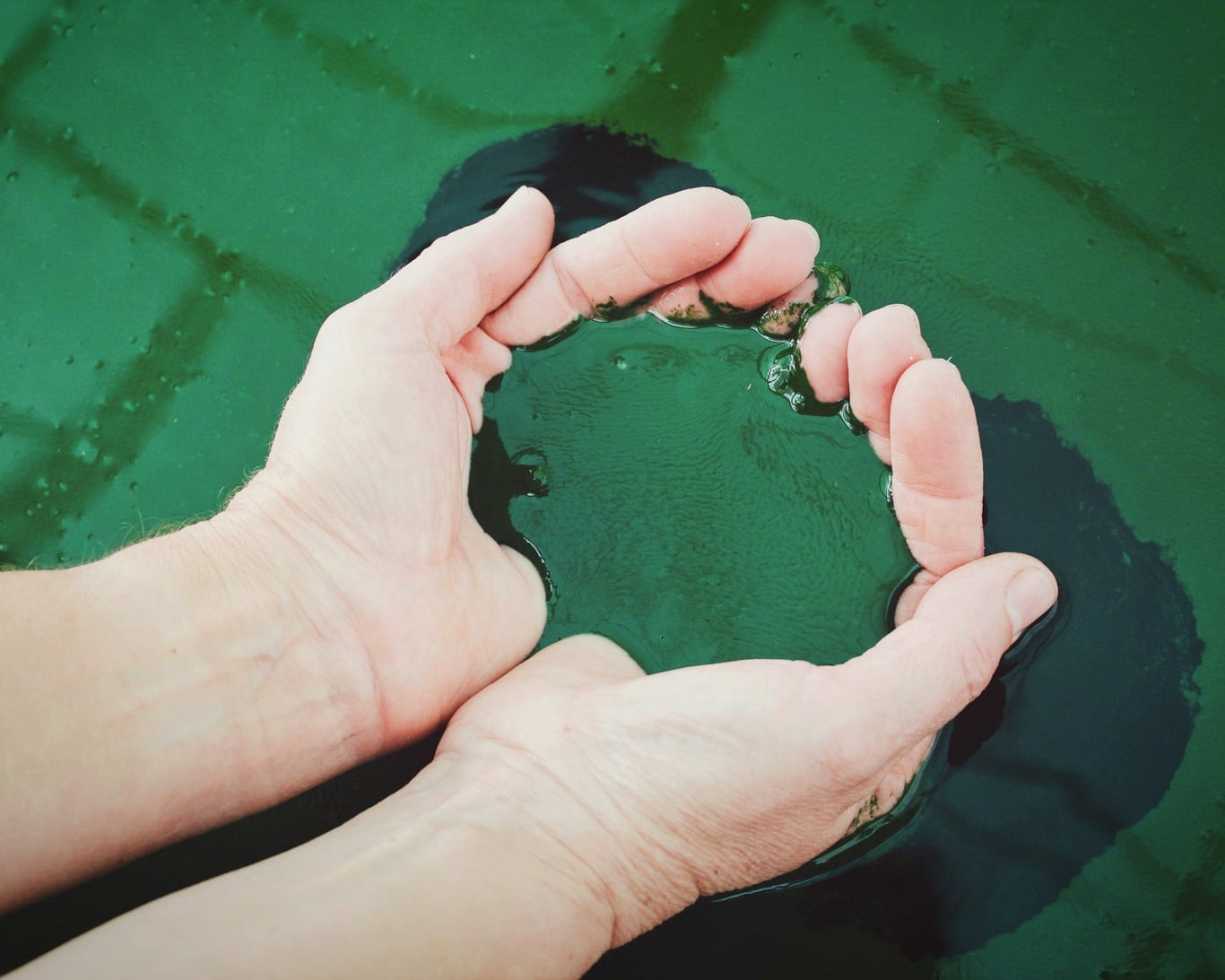 Spirulina, also known as blue or green algae thanks to its intense colour, grows in shallow, often tropical saltwater, but can also be found in freshwater. Natural occurrences of this microalgae are mainly found in Central America, Southeast Asia, Africa, and Australia. It has existed for around 3.5 billion years and has been used as food since ancient times, for the Aztecs, spirulina was even a major source of protein.

This inconspicuous alga is one of the most nutritious foods on our planet! It consists of about 60% protein, which is over twice the protein content of red meat. It is also very sustainable due to the fact that it consumes significantly less water during cultivation, and can be grown and harvested all year round.

This miracle algae, which we mostly sell in a practical powder form, contains essential amino acids, and is an excellent source of iron, potassium, B vitamins, iodine, and other nutrients.

The microalgae naturally contain a lot of chlorophyll, which could contribute to a wonderfully radiant complexion!

It is worth sprinkling a spoonful of spirulina powder regularly into a green smoothie, soup, etc.

Our green superfood mask for blemished skin and combination skin is perfect as a regular warrior in action against pimples and blackheads. Mix it with our Toning Moisturizer Rock Rose - Lavender to intensify the effect.

While your mask dries, why not try a green smoothie?:

Blend all the ingredients and drink this refreshing, healthy thirst-quencher in the morning, on an empty stomach!